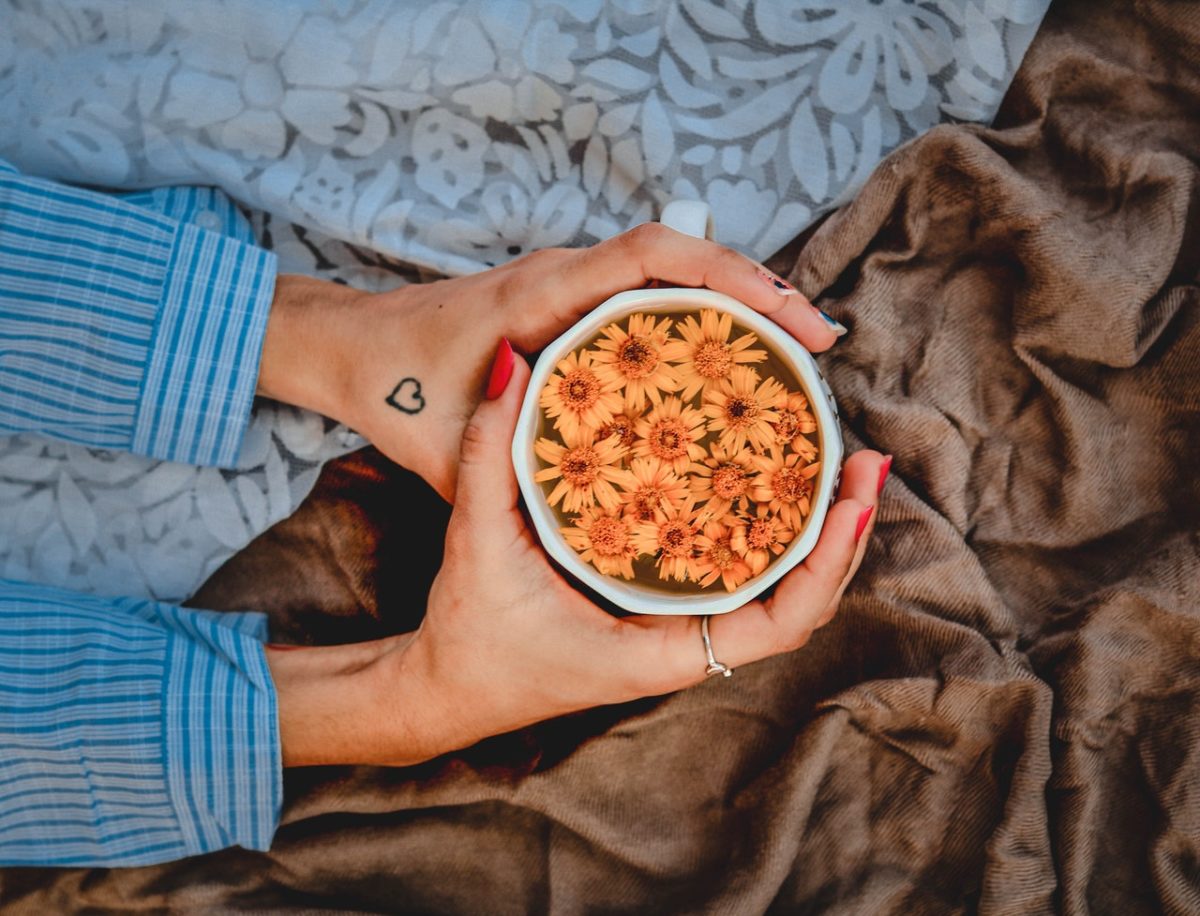 In Tattoo and Body Art by Romantic Moments, February 7, 2022

Tea is a popular beverage that originated in China at around 100 BC. Through the years the art of making and drinking tea has spread to other countries through trade routes. Today, tea is available in all parts of the world and is strongly associated with certain cultures such as the British culture. People invite each other to chat over a cup of tea and drink it as a “tea time” ritual in the late afternoons. Tea is regarded as a comforting drink that relaxes you and has many health benefits. This is the reason why some people have a special connection with tea, so much so that they get it tattooed on their bodies getting inspired by the different tea cup tattoo ideas.

A tea cup tattoo is basically a tribute to tea, the taste and effects of which are sought after by many people. Tea is like a go to natural therapy drink that can instantly put you in a good mood without any side effects. Therefore, it is no surprise that so many people adore this wonder drink that they get it tattooed on their bodies. Some people may get a tea cup tattoo to honor their elders who may have been a tea lover. Others incorporate it within their tattoo design to appreciate the good effects of this beverage. Tea cup tattoos are unique and there are several tea cup tattoo ideas that can be a part of your tattoo design. Here are a few popular ones.

Tempest in a tea cup tattoo

The storm in a teacup tattoo is a very popular design especially among the millennials. It represents the habit of overthinking something and blowing a petty situation out of proportion just like a storm in a tea cup. The reason why most millennials identify with it is because they often overthink certain situations and exaggerate it. We are all guilty of doing this at some point in our lives and its okay. A storm in a teacup tattoo is a constant reminder to approach every situation in life with practicality and not make it bigger than it is.

One of the most pretty looking tea cup tattoos are the Chinese Tea Cup tattoo. The Chinese Tea Cup tattoo features a teacup and a saucer with designs that take you back to the Chinese culture. The tattoo depicts the traditional Chinese buildings, tress and artwork inspired by the same roots as that of tea. This tattoo is basically a tribute to the origins of the tea which reminds us to always remember our roots.

Floral tea cup tattoos come in a variety of shades and colours and are one of the most vibrant tattoos you’ll come across. The floral tea cup tattoo celebrates the beauty of nature and new life. It teaches us to appreciate the little things in life. The vibrant of colours and the tea cup as such also represents the unique bond of friendship.

We are all familiar with the Mad Hatter’s tea part in Alice in Wonderland by Lewis Caroll which has inspired the Mad Hatter’s tea cup tattoo. These tattoos are the most beautiful ones which may have a few tea cups that are designed in intricate work and colorful ink. This tattoo celebrates the creativity in us and inspires us to innovate each day.