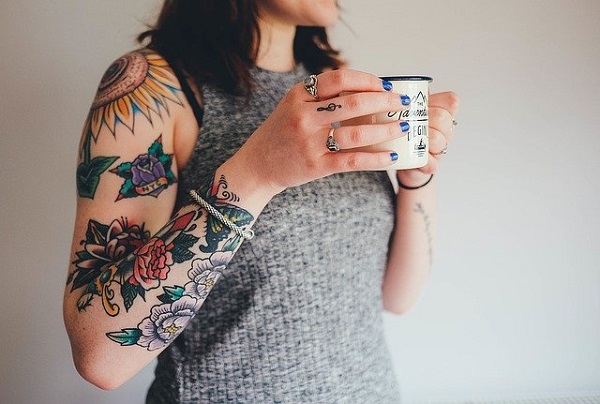 In Tattoo and Body Art by Romantic Moments, August 9, 2020

Tattoos have a long history behind them and humans have marked their bodies with ink for over a thousand years. It has been used as amulets, declaration of love, adornment, a form of punishment, signs of religious beliefs, status symbols, etc.

The History of body art goes long back. It is said that tattooing was once a widespread phenomenon. A 19th Century German ethnologist and explorer believed that in South America, the custom of decorating the body with scars gave birth to the art of tattooing.

In 1857, David Livingstone wrote in one of his books that many Africans used to get themselves tattooed using a black substance under the skin that resulted in a raised scar. While Comanche warriors and North-American Apache rubbed soil on their battle wounds. It made the scars more visible and they used to flaunt them.

On the other hand, pygmies of New Guinea rubbed herbs into the skin cuts for treating infections causing permanent scarring. This proves that it is possible that tattooing came into life at various places through scarification rituals, medical treatment, bloodletting practices, or by chance.

The earliest evidence of tattoos on actual bodies, for a long time, was in Egypt. Tattoos were found on several Egyptian female mummies dated to c. 2000 B.C. However, in the lights of more recent discoveries, the oldest tattoos are around 5,200 years old, dating to around 3300 BCE.

‘Otzi the Iceman’ had 57 tattoos on his mummified skin. Most of them were around modern-day acupuncture points used for treating symptoms of diseases that he might have suffered from, like arthritis.

The Middle Kingdom period of ancient Egypt also showed the early evidence of tattoos. Many Egyptian mummies from around 2160–1994 BCE that have been recovered showed tattoos. Also, Greeks and Romans in eighth to sixth century BCE associated tattoos with barbarians. Persians taught tattooing to Greeks who used it to mark slaves and criminals so that they are easily identified in case they try to escape. Then, Romans adopted this practice from the Greeks.

Pazyryk tombs also had elaborately-tattooed mummies from sixth to second century BCE. They were formidable horsemen and warriors. They lived in Eastern Europe and Western Asia on their grass plains in the iron age.

Who Made The Tattoos and What Instrument They Used?

There is no explicit written evidence in the History of body art about who made the tattoos in ancient Egypt. It is possible that the older women of the community created the tattoos for younger women like in the most part of today’s world

The instrument used could possibly be a sharp point set in a wooden handle that goes back to c. 3000 B.C. It was discovered by an archaeologist at the site of Abydos. He also found a similar set of small bronze instruments going back to c. 1450 B.C at the ancient town site of Gurob. It resembled wide flattened needles and if they are tied together, they would provide multiple dots in a repeated pattern. These instruments look very similar to the instruments used in 19th-century Egypt for tattooing.

The early tattoos were often largely dotted patterns of lines and patterns of diamonds. And a dark or black pigment was used to introduce into the pricked skin. There is so much about our beloved art of ink that we don’t know and its history is truly historic and interesting. So, now when you go for tattooing, remember what you have learned. It will make your experience interesting.