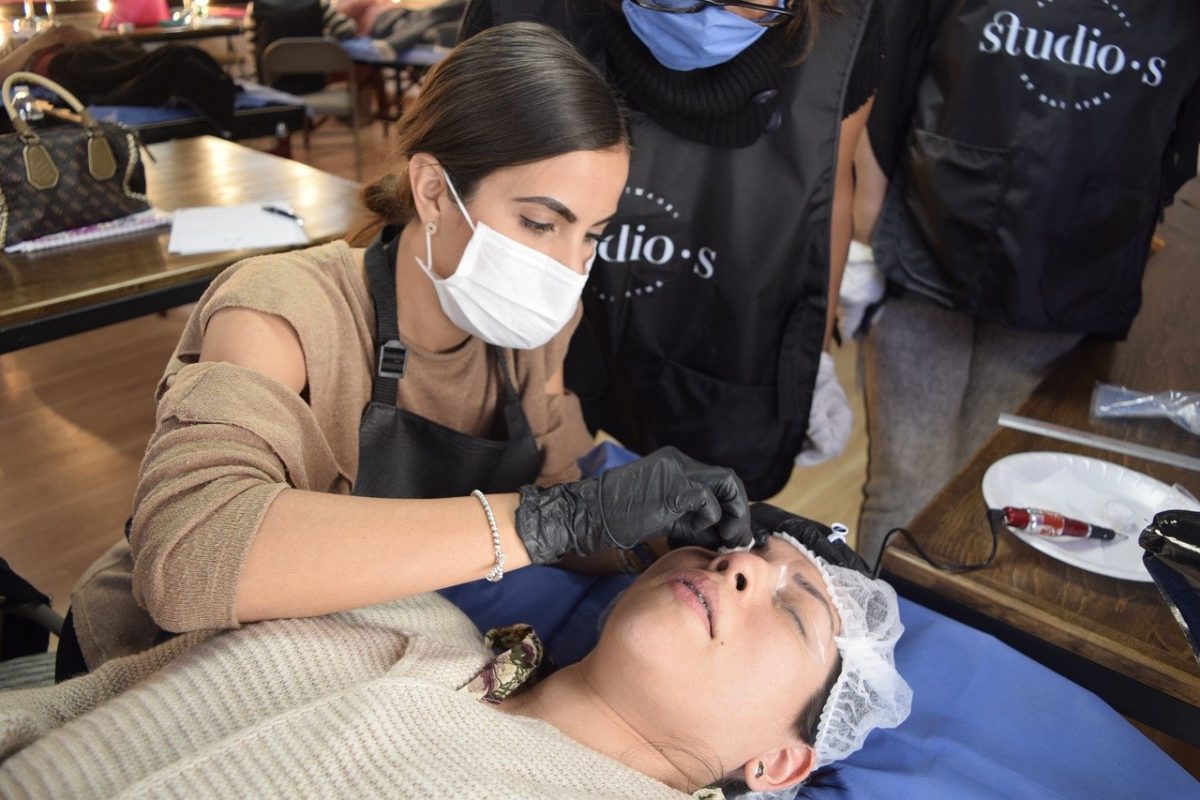 With every New Year, there are new cosmetic treatments as both men and women are constantly on the lookout to enhance their appearance. We’ve heard of botox treatments, skin lifting, permanent hair removal through laser and also permanent make-up. The latest addition and quite the raging trend of the year is microblading. If you’re new to this term, read along to understand what is microblading.

So what exactly is microblading?

Microblading is a tattoo technique. It is semi-permanent in nature and needs timely touch-ups to help maintain the effect. Microblading is done on the eyebrows to give them a naturally fuller look. It works really well and makes it almost impossible for anyone to make out the difference. Microblading had turned out to be a boon for those with scanty eyebrows genetically or who have lost hair on the eyebrows as a result of alopecia, scars, surgeries, or any other similar issue. The colour of the hair can be made to match your original hair colour using varied shades, so the appearance is made to look as natural as possible.

How is microblading done?

The procedure gets its name for the tool used to do it. A microblade is a small hand-held tool with nine fine needle with sharp and small points. The needles are used to repeatedly break through the first layer of skin and transfer very small amounts of pigment of the same colour as your hair. The pigment is applied in feathery strokes in the direction of your hair growth that creates fine hair-like lines on the skin. This is done through the length of the entire eyebrow to give an appearance of naturally fuller looking eyebrows. Microblading procedure requires at least two sittings and costs somewhere around $600 to $800. As mentioned before, it is semi-permanent and so the colour may fade over time requiring you to get it done again at frequent intervals. Ready-made Microblading starter kits are available that are easy to understand and use.

How long does microblading last?

So now that we know what is microblading, the next important question is how long does it last. Microblading lasts for two to three years. It might start fading after the first year, but that depends on the pigment used, your skin health and texture. Oily skin produces more sebum which causes the pigment to wash away faster. So you might need frequent touch-ups just like tattoos and body art. For dry or combination skin, a touch-up post 8 or 9 months works well.

How long does it take to heal?

It typically takes around 10 to 12 days to heal. The colour pigment is absorbed by your skin as the scars heal. During this time, the skin might turn red and be sensitive to touch. An ice pack massage will help soothe the discomfort.

How to get started with microblading?

If you wish to get started as a microblading artist, then you need to know the art inside out. Get your facts right and study the process until you are entirely familiar with it. Since it is a long-term commitment, it requires you to submit your time, money and effort into it as you will with any other new course or diploma you take up.

Microblading is a form of tattooing which is going to stay on your client’s face for quite some time. You can’t go wrong with it. So you will need to get trained professionally. Get a certification and a license to get started with it.

You can always begin with a full-fledged course to teach you in-depth about the procedure. The government certified course will give you certification that deems you fit to start a business of your own in the field. The next step is getting a license. This varies from state to state and you will need to find out the rules for your own state. Always choose an institute that has global recognition in the field, otherwise if you move to another state or city, your certificate will not hold any value.

Microblading is becoming one of the most popular cosmetic treatments after skin lifting and the business sure does have a lot of prospects.