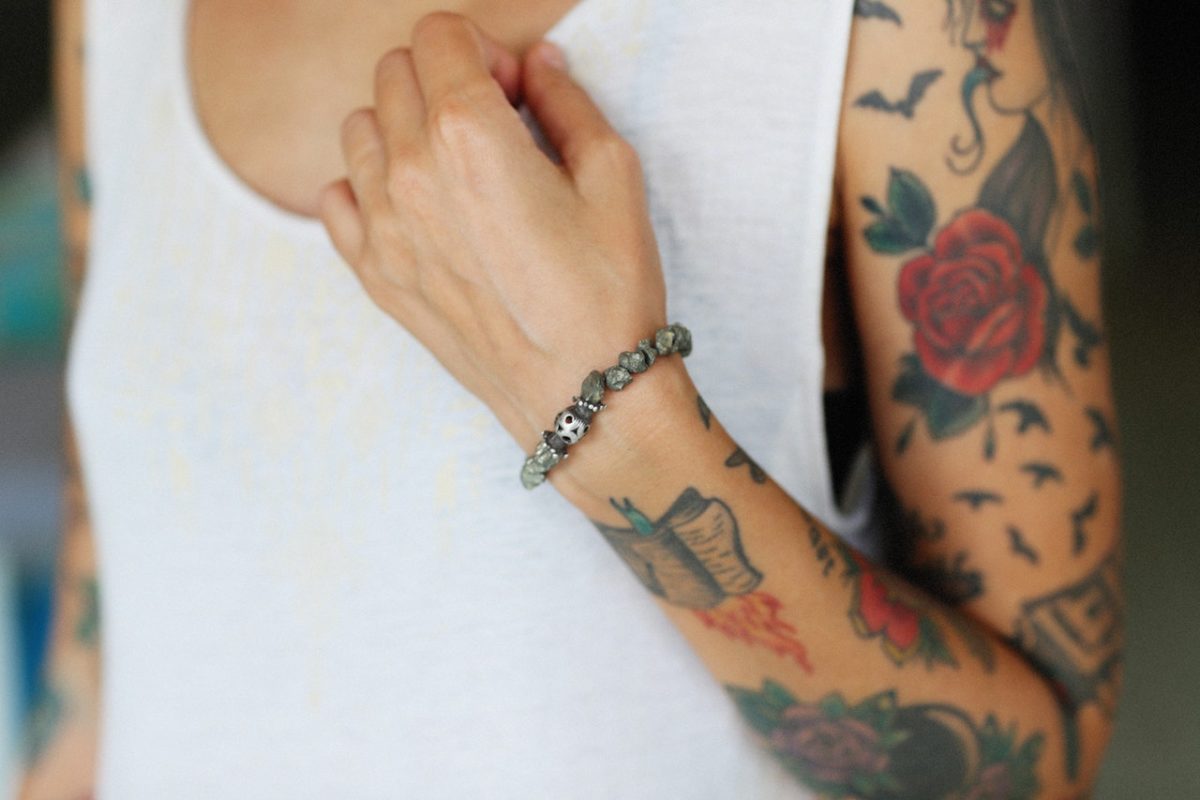 In Tattoo and Body Art by Romantic Moments, January 10, 2022

Tattoos are artworks that are permanently etched to your body and have risen in popularity over the recent years. Since they are permanent, people often put in a lot of thought and emotions before getting a tattoo on their bodies. There are several tattoo styles available, each of which is popular in different parts of the world. Each tattoo style is distinctive and if a particular one attracts you then you should find an artists that specializes in that particular styles. Let’s have a look at some of the trending tattoo styles.

One of the top trending tattoo styles of the last decade is the Japanese tattoo style which is particularly famous in United States of America. Usually made of vibrant colours, the designs of this tattoo style have various subject matters and are stunningly beautiful. Japanese tattoo styles are made of intricate designs that are a mixture of beautiful images.The most popular images are that of flowers such as peonies and cherry blossoms, mythological creatures, deities or images of legendary Japanese heroes. Other features may include dragons, on masks and demons against a backdrop of storm clouds, fire, rivers and lightening.

One of the most worshipped tattoo styles of today is Realism. The Realism tattoo styles rose to popularity in the early 2000’s when more talented and artistic tattoo artists became involved in the tattoo world raising the bar of the skillset required by tattoo artists. In realism tattoo you will often find a large part of the body covered with tattoo depicting a scene, a pop culture reference or portraits that look extremely real. The subject can be anything and the colours include both black and grey and colourful.

Geometric tattoo designs are a broad term that are used to signify intricately made tattoos that usually involved multiple thin lines made in black or colourful ink. They include floral work tattoos, dot work tattoos, soft portraits, botanical pieces and mandala designs. These tattoos look great on any part of the body and suit both men and women. Since geometric tattoo styles involves making multiple thin lines and dots, it require a very skilful and patient hand to bring these tattoos to life.

Black and Grey tattooing style is also known as Jailhouse style of tattooing because it is believed to have started in the prison. This style became popular among the young generation of people only during the 1970’s. The black and grey tattoo style really tests the creativity and skill of the artist because it involves the use of different shades of just one colour that is black. It is very important to achieve proper shading in the black and grey tattoo design without which the design would look blotchy and will not last on the wearer’s skin. The subject of the black and grey tattoo style can be anything and you can refer to the Black and Grey Tattoos: The Ultimate Guide for more ideas.

New School is type of tattoo style that became popular in 1970’s and continues to impress people even today. This tattoo style is complete with bold lines, caricatures, motifs and images in a riot of colours that will instantly draw your attention towards it. The other highlights include cartoonish features and dramatic proportions along with vibrant colours that most often resemble a piece of comic book. New School tattoos follow the same themes as that of Neo Traditional and American tattoo styles but are an exaggerated or more vibrant version of these. Because of its bright and bold nature, it is very appealing and popular among the young generation.